Things to see: Garden and Flowers

The genius of a famous gardener, and the nature in Niigata, are interwoven to create breathtaking beauty of four seasons. 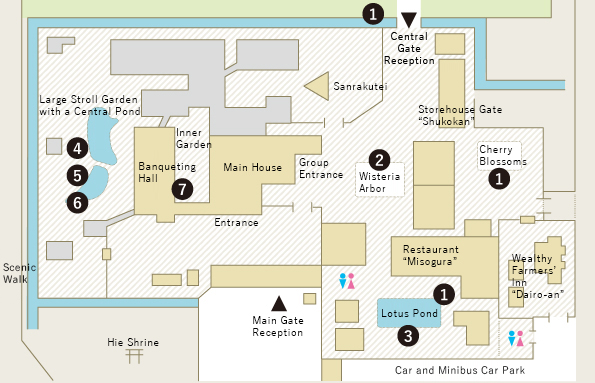 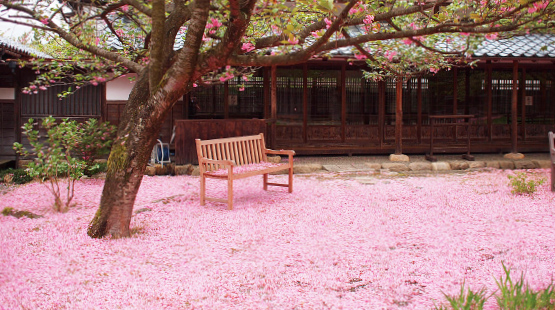 Yoshino cherries and weeping cherries bloom in mid-April. Later in the month, the double blossoms of the Yaezakura cherries form a dense pink cloud round the traditional old Japanese houses and for several days the moss beneath is covered with a carpet of fallen pink blossoms. 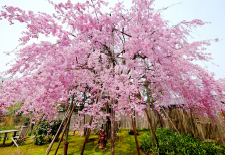 In the middle of the small gate at the Shukokan. 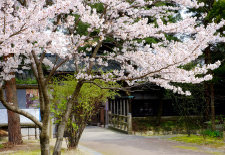 A row of cherry trees between the Central Gate and the square at the West Gate. 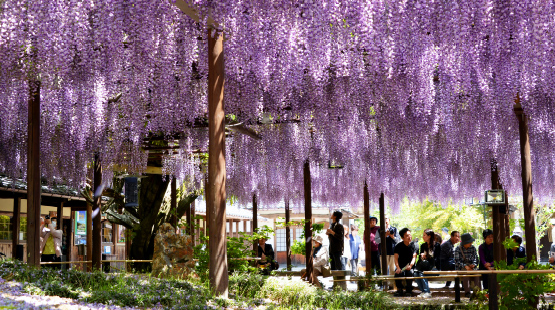 Transplanted to the middle of the grounds by the eighth Bunkichi, this 150-year old wisteria arbor, covering an area of 146 square meters, is virtually the symbol of the museum. It blossoms in early May. Some of the drooping clusters of blossoms are nearly a meter long. In the morning the wisteria seems fresh and summery. In the evening when it is lit up it is bewitching. 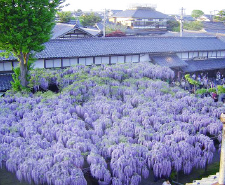 View from Upper Story of the Main House

The mass of blue blossoms and the sweet fragrance have a soothing effect. When the wisteria has finished flowering the ground beneath is a carpet of purple petals. 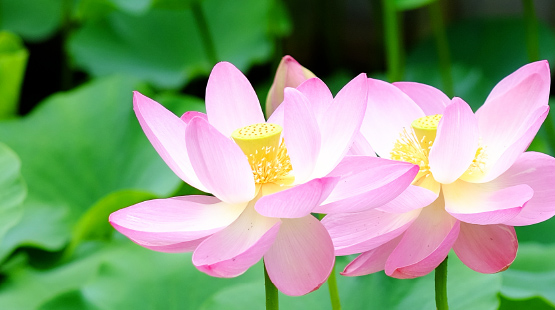 An ancient type of lotus known as the Ohga lotus. From late June to July it produces mysterious pink flowers. The flowers open early in the morning and fall four days later. 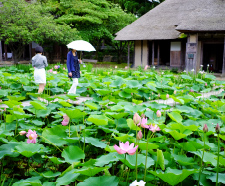 In a corner of the Northern Culture Museum the lotus pond, with traditional old houses round it, recreates a summer’s day in a mountain village. 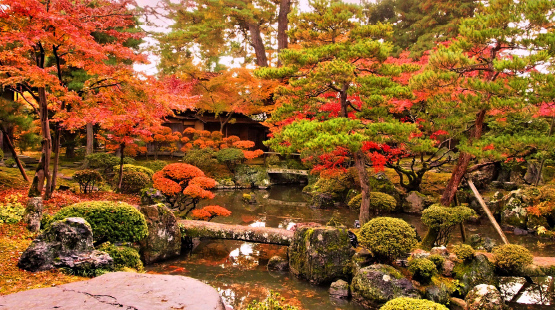 Crimson and gold mingled with the green of pines produces a breathtaking contrast. The maples in the big garden stretch their branches towards the zashiki side of the banqueting hall as if to show all their foliage to the guests. Other trees in the garden that take on beautiful autumn colours include enkianthus, cherry, and burning bush. 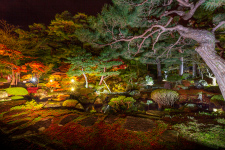 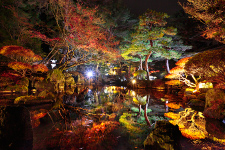 The opening hours of the museum are extended in late autumn during the season of autumn leaves when the garden is lit up. 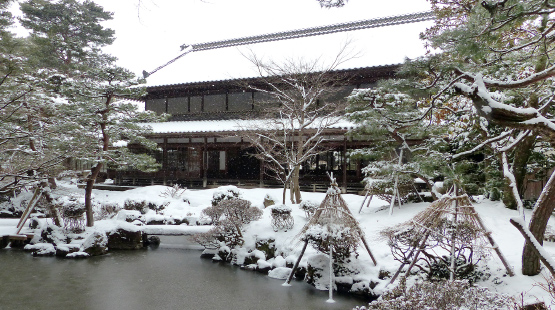 In Niigata’s parks and gardens, trees covered in ropes to protect them against the weight of the snow are typical winter scenes. The work starts in late November and lasts about a month. Once the snow starts to fall, the museum is wrapped in quiet and stillness. 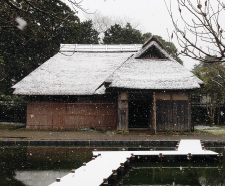 Pure white snow over everything creates the special beauty of a winter garden. 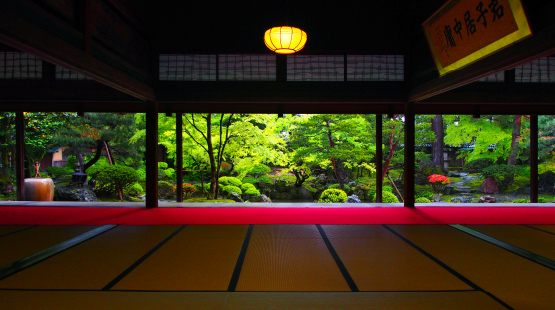 The seventh Bunkichi wanted a garden in which a thousand tea ceremony masters could be entertained and this large garden with a pond in the middle is based on his idea. The creation of the garden was entrusted to Taiami Tanaka, a famous gardener originally from Kashiwazaki City in Niigata Prefecture. Considered a genius for his brilliant excavation and restoration of two stone arrangements in a garden round the holy springs at the Ginkakuji Temple in Kyoto, he has minutely calculated the view from every room. The garden, which took five years to build, was finished in 1958. A stone monument on which a poem composed by Taiami is carved stands on an artifical hill. In the poem he says, “If life has been granted to me till now, it was in order to create this garden.” Taiami himself considered that the beauty of the garden, with its stone arrangements and trees and plants adorning the four seasons, represented the culmination of his art. His creation will continue to radiate for many years to come. 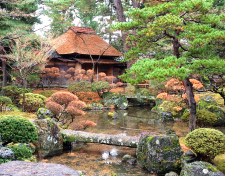 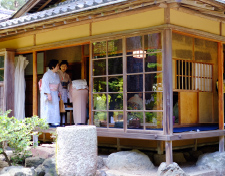 Tea Houses (not open to the public)

Several tea houses chosen by Taiami Tanaka (Sekisuian, Zekuuken, Iwanoya, Sadomitei, Jian) were built in the garden in harmony with his overall design. The model for Sekisuian in particular is Fushin’an (an important cultural property), a tea house of the Omote Senke school, which Soetsu Matsumura, a tea ceremony master also originally from Kashiwazaki City, was permitted to copy. Top photograph: Sekisuian (looking out from the banqueting hall) Lower photograph: Jian

The museum is full of a strange energy that comes from the merit built up by the Ito family ancestors. It is an imposing space of healing. The granite block facing the banqueting hall is thought in particular to emit beneficial vibrations. 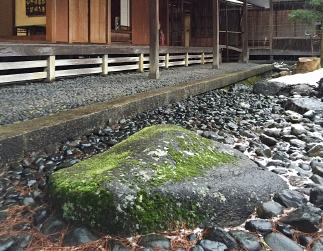