The more you see and learn, the more fascinating it becomes.
In what remains today of the great estate belonging to the wealthiest landowners in Echigo, art and the old way of life live on. 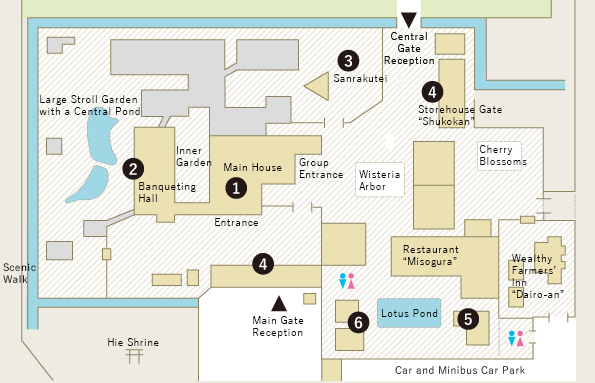 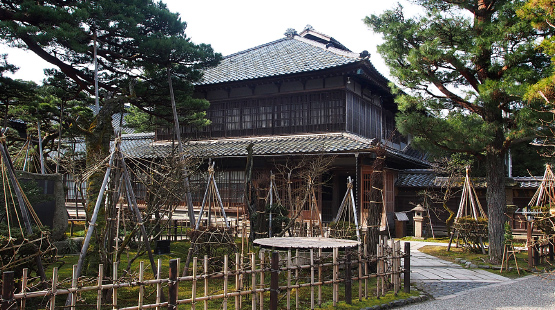 The solid, stately house, built in the Japanese style of the early modern period by the fifth head of the household in 1887, is typical of the homes of wealthy landowners who prospered during Japan’s Meiji Period. The many interesting features showing the techniques and materials of the artisans include great, seven-layer beams and a round crossbeam 30 meters long supporting the roof.
Rooms such as the account room (now the museum office) and living room, used in the management of the Ito estate, were placed at the front of the house. From the numerous remaining traces of extensions and renovations to the main building, you can get some idea of the bustle and liveliness of those days, when there were as many as sixty retainers and servants living here. If you climb the broad staircase, added on to make viewing easier, you can see the upper story in which maids and the Ito children spent their time.

The single round crossbeam seems to stretch on for ever

The single round crossbeam seems to stretch on for ever
The carpenters used a 30 meter long, naturally-patterned Japanese cedar trunk which was cut down in Aizu and brought all the way to Soumi. 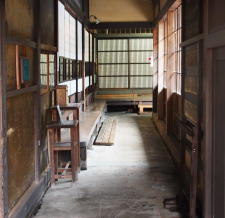 Entrance to the main building of the Ito residence. A bureau, living room, kitchen and another room line the passage on the near side. 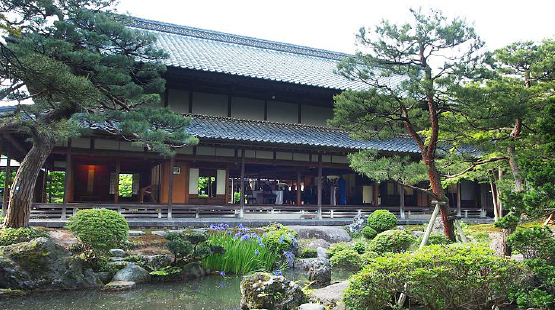 This enormous building, with its great, about 100-mat banqueting hall, was built in 1889 in the so-called shoinzukuri or traditional Japanese architectural style. Although the two buildings are connected by a corridor, this one is separate from the main house. The grand entrance, built entirely of Japanese zelkova wood, leads directly into the hall. This huge tatami hall, the finest room in the whole house, was used only once or twice a year.
The fact that there are very few pillars gives the hall a sense of unity with the garden. This feeling of freedom and space was a feature of the early modern Japanese architectural style. By closing the sliding fusuma doors it is possible to divide the great hall into an upper room, a middle room, two side rooms and, where the ceiling is highest, a large reception room. Everywhere you can see the harmoniousness of the design: in the way in which the material for each of the room’s component parts – cherry wood for the fusuma grooves, square cedar pillars with straight grains, zelkova for the corridor – is used to its best advantage; in the carving of the transoms and in the beautiful grain of the wood in the floor rail. 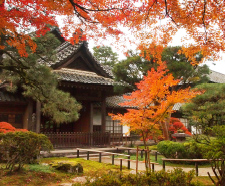 This entrance was opened only a few times a year – at New Year, for weddings, funerals and other important family occasions, and when members of the Imperial family came to visit. Quality was paramount as you can see, for example, in the solid single plank zelkova wood construction and in the red clay from Shibata. 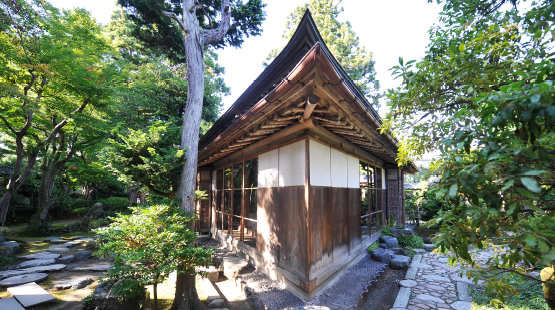 Sanraku means “Three Pleasures” and the tea house takes its name from the “Three Pleasures of a Gentleman” said by Mencius, a Chinese philosopher. The tea house, built to the design of the sixth head of the household when he was 21 years old, was completed in 1891. Eleven tsubo or about 36.3 ㎡in area, it is a study in the tea house arbor style, built in the shape of an equilateral triangle. It includes a small adjacent room for washing tea ceremony utensils and is also used to perform the tea ceremony. The sixth Bunkichi practiced meditation beside the single round window. 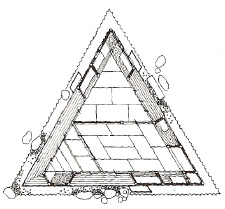 The tea house consists of a lozenge-shaped room and two triangular rooms. In the pillars, tatami, fittings and drawers too, the accent is on triangles and lozenges. 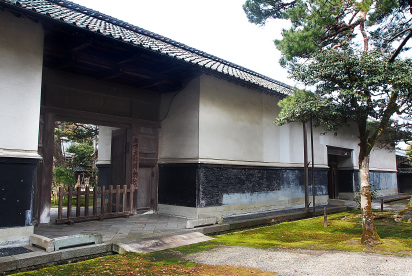 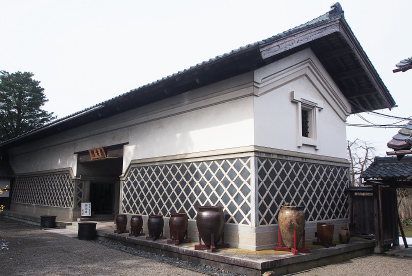 The “Mondozo” storehouse, built around 1885, is a full two-story building about 24m long with a formal door and a door for everyday use. Lacquer ware and archives are kept in the storage rooms on either side of the door.
The granary was built in 1901 and was capable of storing 3000 bales of rice. Its well-ventilated structure, especially the roof, made it ideal for storing rice in large quantities. 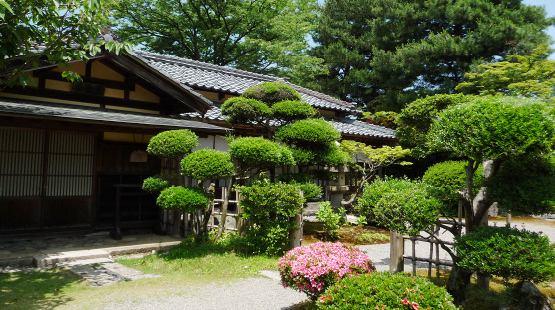 This is a separate suite of tatami rooms connected to the old main house in which the Ito family lived until about 1887. At one time Tokiwaso was also the home of the estate manager. The origins of the Ito Residence are to be found here. Nowadays, these rooms are still used for formal tea parties and other events. 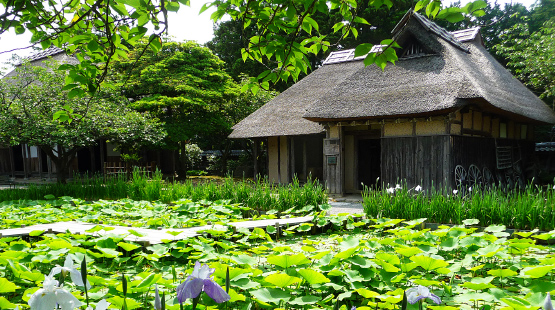 Two old Japanese houses, one from Kariwa and the other from Yoshigahira, both villages in Niigata Prefecture, were dismantled and rebuilt in the grounds of the museum as exhibits. The Kariwa house in particular, an important cultural property, has been preserved just as it was when it was built at the beginning of the Edo Period about 400 years ago.