The building itself is a work of art.
A museum where you can touch the grace and charm of the Ito Family. 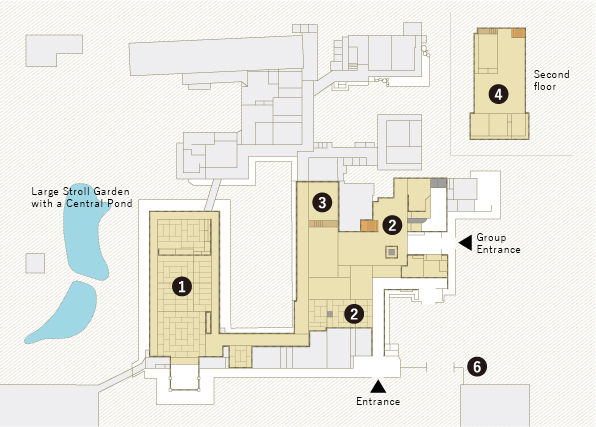 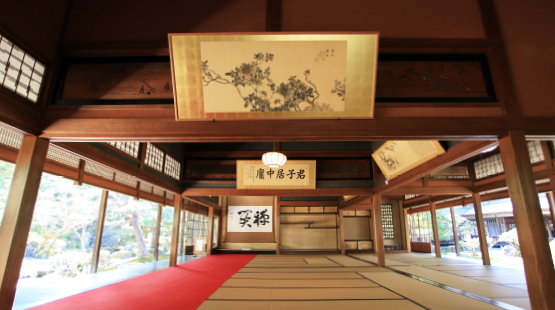 As the most prestigious room in which important guests were received, many of the objects express wishes for the family’s prosperity. Paintings and calligraphy relating to the Ito family, including family precepts, hang just as they were when the family lived here while in the transoms stories taken from Chinese history are carved. In this space and in these objects you can sense the friendly relationships, aesthetic sense, cultural education and philosophy of the Ito family. Items from the collection with seasonal affinities, such as Kyohobina dolls for the doll’s festival in March, are also displayed at certain times of year.

Big sake bottle and cup used for New Year drinking parties when mountain governors got together.

Calligraphy meaning “A man of virtue acts moderately”written by Sanshu Chou, a scholar of the Chinese classics, when he was staying at the Ito Residence. It is presented here as one of the three precepts of the Ito family. Sanshu was also the fifth Bunkichi’s teacher. 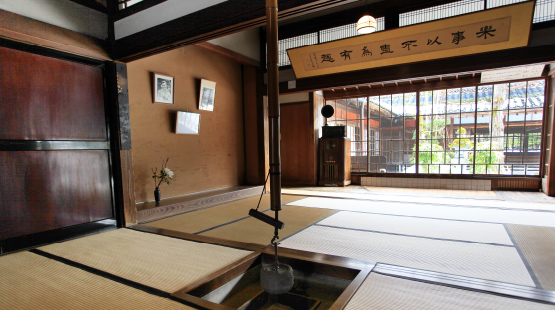 The living room, consisting of three rooms in a row, was used by the head of the household to receive visitors. Hanging up in the room is a quotation from Meikaku Kusakabe, one of the three famous calligraphers of the Meiji Period (1868-1912). It says, “Where you find abstemiousness in pleasures, you will find refinement.” This is another of the Ito family’s three precepts.
In the kitchen, the space where they use to eat are displayed large plates and bowls of Imari, Kutani and Nabeshima ware, which were brought out on special occasions. 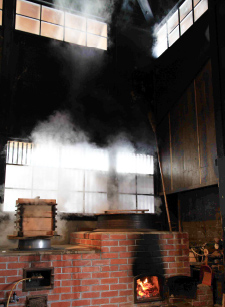 Various cooking utensils are displayed in the cooking area. The kitchen alone, at about 230 m², is enormous. Remember to look up at the smoke hole in the ceiling. 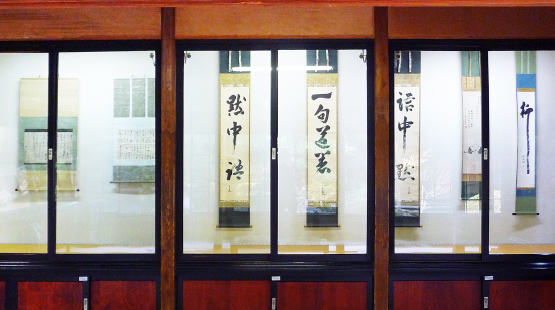 In order to present the Ito family’s art collection, exhibitions of paintings change with the seasons and are based on different themes. The nakanoma was the so-called middle room or back room where the maids did their work. 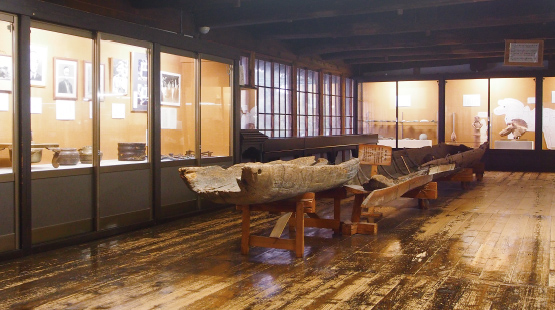 The exhibits here include the timelines and genealogies of the heads of the family and a framed sentence in classical Chinese, the first of the family’s precepts to be hung on the wall, meaning “Nurture virtue by means of thrift.” It is the work of the Confucian scholar Heishu Hosoi (1728-1801) and is based on the “Admonition to His Son” by Zhuge Liang, a Chinese chancellor and legalist who died in 234 A.D. There are also presentations of the people who helped to set up the foundation after the war and objects found during archeological digs in Niigata Prefecture carried out at that time by the “Association for the Promotion of Historic Landmarks.” If you look up at the ceiling which has been opened for viewing, you will see a Japanese cedar beam consisting of seven layers of cedar wood. 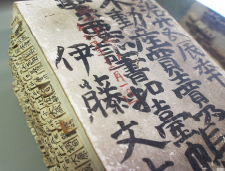 Here you can see some of the ledgers and records used in the management of the Ito family’s fields. These include ledgers about the amount of rice harvested from each area and records of the land ledgers.

* in a separate building from the Ito Residence 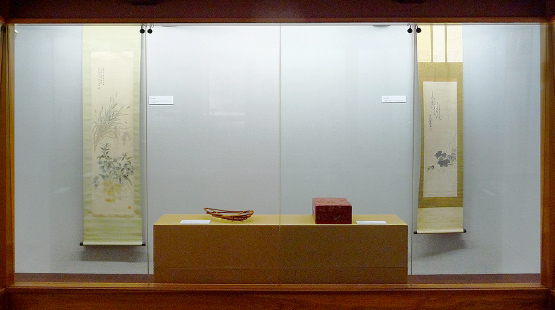 Displays many superb objects, such as Chinese and Korean porcelain and Japanese antiques. These were collected by the seventh Bunkichi and give some idea of his sense of mission in bringing together items worthy of the museum. 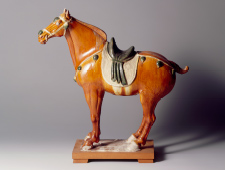 Statue of the Buddha Mahavairocana in a Hollow Japanese Red Pine 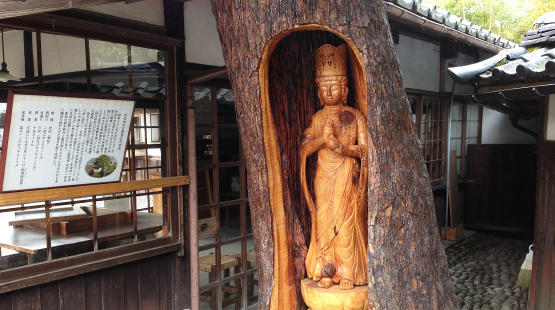 This 350-year old red pine tree was personally transplanted by the fifth Bunkichi. When it eventually withered, the eighth Bunkichi had the lower part of the trunk hollowed out and a statue of the Buddha Mahavairocana carved from the wood. He set this statue up in the hollow as an offering both to the pine tree and to his ancestors.